Another dash through across the silver screen. Here are some of the more notable films I’ve watched recently.

The Best of Everything, Jean Negulesco (1959, USA) Three women are employed at a New York publishing house. One makes the jump from secretary to reader to editor. The first half of the film is one of those beautifully-photographed 1950s melodramas, with some lovely shots of the New York of the time. Disappointingly, the second half trades that in for soap opera office politics.

Elysium, Neill Blomkamp (2013, USA) Rich people live in the lap of luxury in the eponymous space habitat, while everyone else suffers in abject poverty on Earth – but that’s as far as the social commentary goes. This is really just another implausible actioner with a nice line in visuals and a bad handle on the laws of physics.

Ga, Ga – Chwała Bohaterom, Piotr Szulkin (1986, Poland) Barking mad sf film, in which an astronaut lands on another world… which proves to be just like this one, except they treat their heroes somewhat differently. Not so much black comedy as fulginous.

Head-on, Fatih Akin (2004, Germany) Marriage of convenience between young Turkish-German woman and older Turkish-German man, so she can live the life she wants away from her traditional family, turns sour when the pair fall in love and he accidentally kills an ex-lover of hers. Not the most sympathetic of lead characters, but the actors playing them carry the film. Excellent.

Argo, Ben Affleck (2012, USA) You know when Canada rescued those US hostages from Iran back in 1980? Well, it wasn’t Canada that did it, it was the CIA. Yes, Americans. The whole film feels like a petulant grab to correct misplaced credit decades after the fact. And we’ll not mention the stupid race-against-time at the end to get the hostages out of the country…

The Killers, Robert Siodmak (1946, USA) Classic noir told through flashback, which explains why a pair of killers drove into town and killed garage mechanic Burt Lancaster. Turns out Burt used to be involved with a bad crowd, who pulled off a payroll robbery which turned nasty. Ava Gardner vamps it up, but I thought Rita Hayworth was better in Gilda (also released in 1946).

Villa Amalia, Benoît Jacquot (2009, France) Pianist Isabelle Huppert walks away from her life and settles down in the eponymous run-down villa in Italy. Beautifully shot, elegantly told. There something about the feel of the film which reminds me of François Ozon’s Under the Sand. 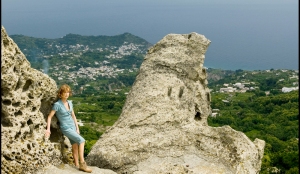 The Bank Dick, Edward Cline (1940, USA) WC Fields inadvertently catches a bank robber, is employed as the bank’s security guard as reward, and promptly cocks that up – much as he does everything. Mildly amusing, though not a patch on Laurel & Hardy.

Follow The Boys, Eddie Sutherland (1944, USA) Hollywood stars entertain the troops at training camps throughout the US during WWII, plus back-story showing how it all came about (entertaining the troops, that is, not WWII). Lots of cameos by big names. WC Fields is genuinely funny, Orson Welles puts on a magic act that clearly relies on camera trickery, and there’s a good tap dance in the rain from star of the film George Raft.

The Ugliest Woman In The World, Miguel Bardem (1999, Spain) Near-future thriller about a female killer which seems to have been inspired by so many other films it makes it difficult to remember what you’re watching. The premise is iffy – ugly young woman undergoes experimental gene therapy, which turns her beautiful… so she murders a contestant in the Miss Spain beauty pageant, takes her place, and proceeds to kill the other contestants. But the film is so odd, it sort of hangs together.

The Neptune Factor, Daniel Petrie (1973, Canada) Stone-faced grump Ben Gazzara is captain of a model submersible which is menaced by magnified tropical fish while searching for an underwater habitat lost during a seaquake. Oh, and there’s a giant crab too. They manage to find a pair of survivors, although how they didn’t get squished by the pressure is never explained. Jacques Cousteau it’s not.