I think on the whole 2017 is best forgotten. I did have some good times – conventions in Sweden, Finland and Denmark, for example – but on the whole the year was a bit of a dead loss. I had plans, I had modest plans. I failed them all. Well, I didn’t manage to get much done during the year outside the day job. I’m hoping 2018 will be much better in that regard.

Having said that, it’s hard to be optimistic when your country has decided it would sooner be racist and poor instead of prosperous and a member of the planet’s largest trading bloc. And then the US elected a posturing baboon to the White House, and the GOP seems determined to roll back every piece of legislation that had begrudgingly dragged the US into the 21st century… So, the world went to shit and it sort of killed my motivation to do much other than lose myself in movies.

I’m not expecting 2018 to be any better politically or geopolitically. I’d like to move to a more civilised country. But it’s hard to change a situation that isn’t personally broken – I work four days a week at a job I enjoy, for money that more than pays for the stupid number of books and films I buy. And my current situation certainly doesn’t prevent me from writing, or reviewing. I’ve done both in previous years. 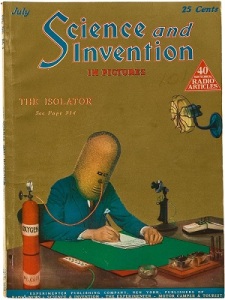 So in 2018, I want to start writing again. I want to finish the third book of my space opera trilogy, A Want of Reason. Which is all plotted out and about a third written, and will likely turn out to be the most un-space-opera space opera that ever space opera’d. I’m basing an entire chapter on Le grand meaulnes, FFS. It opens with a terrorist attack. By one of the good guys. And wait until you see the Space Communists from Space… I also have several ideas for novellas I’ve been mulling over for a few years. I could have a bash at the Poseidon Quartet (as mentioned in Apollo Quartet 5: Coda – A Visit to the National Air and Space Museum). Or maybe the Jupiter Quartet, which I’ve been thinking of doing for a while… I’d like to write some short fiction too, although I am notoriously crap at it, well, at finishing it. I envy people who can sit down and bang out a first draft in one sitting.

I also intend to drag SF Mistressworks out of mothballs. I read several books that qualify for it during 2017, so I just need to write the reviews. And I’d like to start reviewing again for the venues I reviewed for previously. It’s all very well banging out a couple of hundred words on books I’ve read, and films I’ve seen, on my blog, but most of those “reviews” sort of turned into rants and I really need to be a bit more disciplined in my criticism. In fact, I’d like to write more about science fiction in 2018. At one point, I was going to write a whole series of posts, Fables of the Deconstruction, on individual sf tropes. I did space travel (see here) and robots (see here), but never got any further. And then there’s the spoof how to write space opera guide myself and another award-winning sf writer drunkenly hacked out one night… We really should finish it.

Of course, I’d like to read more books too. I managed to reduce my four-figure TBR pile by exactly one book in 2017. That’s excessively rubbish. I didn’t make my target of 140 in the Goodreads Reading Challenge (I finished the year on 128), so I plan to beat that for 2018. I’m an inveterate list-maker, so I’ve already started putting together a list of the books I want to read this coming year. I think I should buy less books too – I mean, buying eleven per month on average is not good for, well, for the fabric of the building I live in. I should probably have a clear-out at some point, but some authors I’ve been collecting for so long I’m reluctant to get rid of their books, even if I no longer read them… 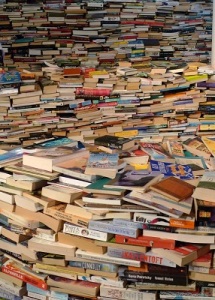 So, resolutions… They should be in a handy list (see above). Twelve is a good number; there are twelve months in a year, twelve days of Christmas, twelve eggs in a dozen, er, eggs… So how about twelve resolutions for 2018?

There, they look achievable. All I need is a bit of motivation. And self-discipline. I don’t expect to complete all twelve, but they’re mostly about getting me back to where I was before 2016 landed on my head at the day job. And then, in 2019, I can start building on them…

Like every blogger, I watch my stats but I’ve nearly really taken note of which are my most popular posts, or where I get most of my visitors from. But other bloggers do it regularly, and since I hadn’t finished the reading diary post I was planning to post today, I decided to generate some quick and easy blog content by posting a few 2014 stats about It Doesn’t Have to be Right… It Just Has to Sound Plausible. The following are for the current quarter, January to March 2014.

I’m pleased 100 Great Science Fiction Stories by Women continues to be popular. It’s perhaps my most reblogged and linked-to post ever. It’s currently Hugo season, so the popularity of a post on that topic is no real surprise. I’m not sure why part 22 of my The future we used to have posts has proven so much more popular than the others – perhaps it’s because it features Giant Computer Brains. Dune is, obviously, a very popular novel, and I suspect most of the visitors to that page have come from image searches. I’ve no idea why British sf films is getting so many hits three and a half years after I posted it.

I suspect a lot of the search engines results are image searches, and probably for the aircraft and cars and stuff I’ve posted in my The future we used to have series. I get around four times as many visits from Twitter than I do from Facebook, even though notifications of new blog posts appear on both platforms. I’ve been linked to from Reddit on a number of occasions, usually because someone has taken issue with something I’ve written. New visitors still filter through in dribs and drabs. I’ve no idea what semalt.com is, it looks like some sort of analytical website.

This is just weird. I’m apparently not as popular on my own blog as the Avro Vulcan, a Cold War V-Bomber. The SNCASO Trident was a French prototype interceptor from the 1950. I think I posted a photograph of it on my blog once. The Russian means “diving suit”, and no, I’ve no idea. I posted a review of Ancillary Justice on my blog here, and since the book has been much spoken about, and is on so many award shortlists, it’s no surprise that the review generates traffic.