I only purchased three albums and one EP during 2017. Admittedly, they’re extremely good ones, and by favourite bands – but that’s it. that’s my top five for this year.  And it’s only four. I also went to only three gigs during the year – to see Magenta, Anathema and Akercocke – and I didn’t go to Bloodstock, after a six-year run, because it clashed with the Worldcon in Helsinki. And it looks increasingly likely I won’t be making Bloodstock in 2018 either. Ah well. I’m not entirely sure why I’ve been consuming less music with each passing year. But I have a few theories. Partly, it’s economic – as the Tories have run down this country, first with their useless Austerity and now with their criminal Brexit, so fewer bands I like have toured the UK, and of those that do tour here, most stick to the major cities – some don’t even bother playing anywhere but London. Things changed at work too. I used to wear headphones when I was working, but I’ve been so busy these last couple of years I got out of the habit. And at home these days, I’m more likely to be in the living-room with a DVD on while I’m working on the laptop, than I  am at the desk and listening to music.

Having said that, I’ve alwasy chased new music, rather than sit back and wait for the bands I  like to release new albums. A lot of the metal bands I listen too aren’t professional, they have day jobs, and they have neither the time nor the money to put out a new album every year. But there were always new bands to find. But that requires time and effort from me, and I’ve just not been up to it this last year or two. Which means that for 2017’s best of, it was pretty much me sitting back and waiting for the bands I like to release new albums. Which, fortunately, some did. One band even reformed and released new album! 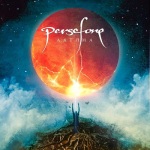 1 Aathma, Persefone (2017, Andorra). I’ve been a fan of Persefone’s complex progressive death metal since first hearing their album Core back in 2008. I’ve seen them live once, when they toured as support for Obituary in 2010. They were excellent. During the interval between their set and Obituary’s I wandered across to the merchandise table. One of Persefone’s guitarists was behind it. When I admitted I’d come to see them and not Obituary, he came round the table and hugged me. Persefone have not released many albums, but each one has been better than the last. 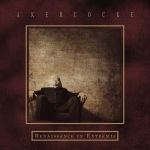 2 Renaissance in Extremis, Akercocke (2017, UK). I first saw Akercocke back in 2005, when they supported Opeth at the Forum in London. Back then, they wore suits and had long hair, and had been nicknamed “Satan’s bankers”. I’ve seen them several times since – the most recently only a couple of months ago – and they always put on an excellent show, even if the suits and long hair are long gone. I was disappointed when they split u p – although that did give us Voices, an excellent band – but very happy indeed when they decided to reform. And Renaissance in Extremis is pretty much  Akercocke on top form – it’s new, but it couldn’t be anybody but Akercocke.  The  editoin  I bought came in  a fancy hardback book, with three  CDs.

3 Beyond the Gate, Within the Fall (2017, Sweden). I came across this band a couple of years ago, and I’ve followed them ever since on bandcamp. They produce solid Scandinavian progressive death metal, and, okay, some times the clean vocals are a bit dodgy, but their guitar work is excellent. The title track to this four-track EP is especially good. The band is also surprisingly productive, althuogh they tend to release EPs rather than albums – but as a writer of novellas I can hardly complain.

4 Farmakologinen, Oranssi Pazuzu (2017, Finland). I came across Oranssi Pazuz several years ago, chiefly because their music was described as a mixture of black metal and psychadelic space rock. And it actually was that. I loved their album Valonielu, and kept an eye open for new material. But they’re not very prolific, and while I missed 2016’s Värähtelijä, I didn’t miss this year’s Farmakologinen. And it’s just like the cover art suggests – a wall of black metal guitars with spacey psychadelic organ and bleeps and bloops. It shouldn’t work. But it does, it really does.