This was going to be another of my The future we used to have posts because, after all, the days of serious research into sustained living underwater, or seeing how deep human beings can survive, are long since past. These days, it’s all ROVs and atmospheric diving suits – James Cameron’s descent to Challenger Deep last year notwithstanding. But commercial saturation diving is still common in the oil industry, and a number of companies still send divers down to 200 or 300 metres. So, it’s not quite a future of the past just yet.

However, “inner space” – or at least the watery version of it – has been a reasonably popular locale for science fiction stories and novels. In my post on Sealab (see here), I mentioned some of them. This post, however, will be the real world. Next week, I’ll follow up with a part 2 on fictional submersibles, underwater habitats, deep sea diving, etc. For now… 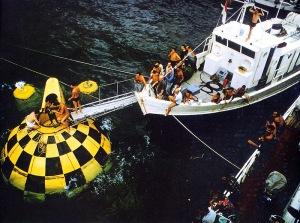 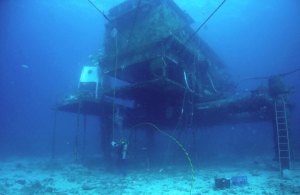