Just working my way through the last few films I watched last year. A very mixed bunch, from all over the world.

Mariam’s Day Off, Arshak Amirbekyan (2017, Armenia). This is apparently the second film I’ve seen by this director, and the first one was also just over an hour long. Mariam is a sex worker, who turns up to her patch one day to find it occupied by an old man. They get talking, and he reveals he has a friend who’s an artist, and would she like to model for him? There is nothing salacious in their discussion, nothing suspicious, so she agrees. And experiences an entirely different world, in which two old men in the arts enjoy each other’s company and treat Mariam with respect and courtesy. The next day, she returns to her patch, and she tells her fellow sex workers she did something different yesterday. Filmed in black and white, with a small cast, and only two locations – the sex workers’ patch, a stretch of fence outside a park; and the artist’s studio. Enjoyed it.

Inferno, Ron Howard (2016, USA). Who remembers Dan Brown, and his series of novels about a “symbologist” (sic), which were not only badly written but also managed to be badly researched? They were best-sellers, big enough in fact to justify a film series. True, the first book to hit the big time, The da Vinci Code, which was not Brown’s first novel, actually prompted the film series, and none of the sequels, or prequels, matched it in sales. But they still made films of them. And, really, it’s easy to like Tom Hanks, who plays the symbologist (sic). He’s a nice guy (and a huge space nut, which I think is great), but his involvement in these films really does make me wonder about him… I forget the plot of Inferno – it was something to do with Dante Alghieri, and I’m all up for popular culture being used as a vector for complex ideas, sort of like Sophie’s Choice. But Brown’s fiction is not that. It’s a dumbing-down of the complex ideas it robs wholesale from other sources. Which it freely mixes with complete fiction and downright distortions of history. And the films are no better. They replace Brown’s lumpen prose with polished visuals. Avoid. 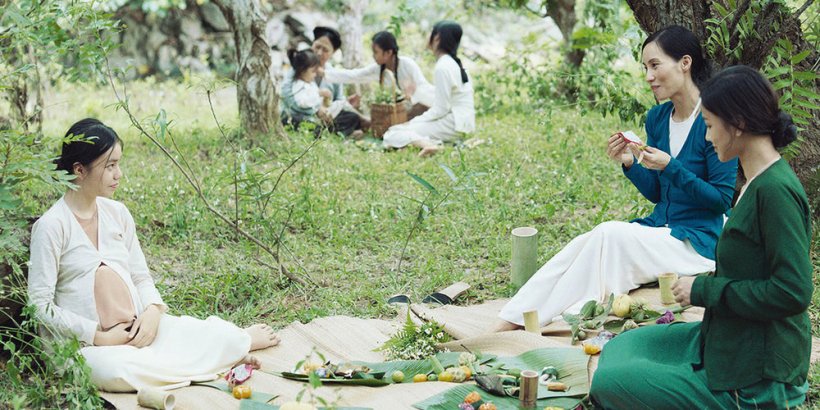 The Third Wife, Ash Mayfair (2018, Vietnam). A fourteen-year-old girl is given in arranged marriage to a man with two wives in nineteenth-century Vietnam. Her status in the family depends on her providing her husband with a son. She is soon pregnant, but unfortunately gives birth to a daughter. Meanwhile, the second wife is having an affair with the son of the first wife. And when he is married off in turn, he reuses to accept his new child bride and she commits suicide. Meanwhile, the fourteen-year-old wife contemplates poisoning her daughter… I recognise this is real historical practice, but why turn it into drama? While sex trafficking and child brides still exists in some parts of the world, the former much more so than the latter, The Third Wife is an historical movie. It evokes its period impressively, at least to my untutored eye, but I’m not sure how its story maps onto the present day, and without that I don’t understand what the point of the film was. I mean, it’s not entertainment. This is no brainless popcorn action flick. It’s a commentary-free period drama.

Slave Widow, Mamoru Watanabe (1967, Japan). This is a “pink film”, which is a term used in Japanese cinema for films that contain sexual content. The title is… a pretty good summary of the plot, although the film is more of a domestic drama than anything salacious. A businessman dies unexpectedly, and it transpires his business was failing and he was massively in debt. His largest creditor offers to cover the debts if his widow will stay on in their house and sexual service the creditor when he desires. But the creditor’s eldest son, who is in training to take over the business, falls in love with the widow. It’s presented in a very mundane style, almost like Yasujiro Ozu, although without his eye for detail or elegiac quality. But the trap in which the widow is caught is laid out clearly, and she eventually takes the only way out. A  bit slow in places, and a bit obvious in others, but better than expected, or its title might suggest.

Rift, Erlingur Thoroddsen (2017, Iceland). A man receives a fraught telephone call from an ex-boyfriend who has retired to a remote cottage and, scared the ex-boyfriend might be thinking of taking life, he goes to see him. Something weird is definitely going on – a strange figure haunts the exterior of the cabin, one of the neighbours has been behaving oddly, and something peculiar happens in a nearby rift, a fissure no more than a metre or so deep, when they visit it. Any Icelandic film and your eye is mostly on the scenery, because it’s so distinctive and bizarre, and Rift scores pretty highly in that respect. But despite being a two-hander film, Rift also does a really good job of maintaining the suspense and fear throughout its 111-minute length. The ending is somewhat ambiguous, although unexpected. Worth seeing.

The Conversation, Francis Ford Coppola (1974, USA). Gene Hackman plays an expert surveillance expert who slowly discovers that a conversation he recorded of a woman and her lover doesn’t mean quite what he thought it did. Much is made of the fact Hackman’s character is generally considered the best in his field, although he despises self-promotion – as demonstrated by his reactions during a local surveillance tech expo and his treatment of a rival whose reputation rests more on promotion than results. There are a few inconsistencies – Hackman’s growing paranoia is fed by his privacy in his apartment being breached, but there’s nothing in the story to justify or explain those breaches. Hackman has taken precautions, and they’re not trivial precautions. The Conversation is generally recognised to be a classic New Hollywood thriller, and it’s easy to understand why. It’s slow and takes its time to reveal its twist, but it also makes a character out of Hackman’s surveillance expert, rather than just the usual stereotype or archetype you get in most thriller films. Recommended.

Tam Cam: the Untold Story, Ngo Thanh Van (2016, Vietnam). It’s astonishing how much the early parts of this story resemble that of Cinderella, although the Vietnamese predates the French version by, I believe, several centuries. It’s also considerably more gruesome. A prince encounters a young village woman while riding back to his palace. He thinks little of it, but then the king dies, he takes the throne, is persuaded he needs to find a wife. So he invites all the unmarried women in the kingdom, high-born and low-born, to a ball. The young village woman, Tam, has two stepsisters and an evil stepmother (played by the director), and they conspire to prevent from attending. But with the help of a fairy godfather-type, well, fairy, she makes it to the ball, charms the prince, loses her shoe and so on. But then the stepmother kills Tam, and one of the stepsisters, Cam, takes her place. And tries to poison the king. But Tam reincarnates as a bird and saves the king from the poisoning attempt. Cam kills the bird and eats it. Tam reincarnates as two trees. Cam chops down the two trees and burns them. But the ashes are blown away on the wind and where they settle a golden apple tree grows. An old woman takes an apple from the tree home, and it turns into Tam. The king passes by, meets Tam, and the two are back together. Not part of the original legend, as far as I can discover, is a subplot about a demon who has disguised himself as human and acts as chancellor to the new king. He’s done a deal with a neighbouring state, so they invade and the demon gets the throne. So the king is off fighting a war, which he loses, and then his best friend turns on him and tries to kill him… Tam Cam: the Untold Story gets through a lot of story in 116 minutes, and in laces it feels more like fantasy than Vietnamese legend.