I don’t know why I bother, I rarely manage to keep to the bloody things. Looking back at my post on “reading resolutions” for 2014 (see here), I see I successfully kept… one of them. I stuck to alternating genders for long fiction, but failed to read every 2014-published book I bought and only read seven translated works during the year (and two of those were anthologies of Soviet science fiction). Ah well. For 2015, I think I’ll continue the alternating genders thing. But I’m not going to make any other promises about what I read during the year. I’ve signed up for the GoodReads reading challenge and set myself a target of 150 books, and I think that’s sufficient.

I doubt I’ll be visiting the cinema any more often in 2015 than I did in 2014 (which was twice). I might go and see Jupiter Ascending, but is there anything else due out during the year worth catching in 3D IMAX? I do intend, however, to keep watching films on DVD from the 1001 Movies You Must See Before You Die list. I doubt I’ll finish the list – some of the films are just too hard to find, but I’d like to get as close to complete as possible. But not to die when I’ve seen them all, I don’t want to do that. Obviously.

And then there’s the other stuff, what I laughingly call my writing career… Later this month should see the completion of the Apollo Quartet, with the publication of All That Outer Space Allows (at last!). Plus, shiny new paperback editions of Adrift on the Sea of Rains, The Eye With Which The Universe Beholds Itself and Then Will The Great Ocean Wash Deep Above. I’ll need to do some promoting once all four books are available, so prepared to be spammed. Mercilessly. And in February, I’ll be publishing Aphrodite Terra, an anthology of six stories sort of about the planet Venus.

I’ve gone off short stories, so I suspect I’ll not bother writing any in 2015. None of the current crop of magazines publish the sort of science fiction I’m interested in reading or writing. I have a couple of ideas for novellas I might have a go at, although it will be fun trying to sell them… And then there’s the novel, the infamous literary hard sf novel, which will obviously have a very short title, something like A, perhaps, or Z. Um, except that won’t be much use for internet searches. Something a bit longer, then. I did like Tim Maughan’s suggestion, Fuck the Outward Urge, but I suspect the profanity will make it difficult to sell. At the moment, I’m sort of leaning toward Bow Shock. Eight letters. Easy to type. Let’s hope the novel itself proves as easy to type… 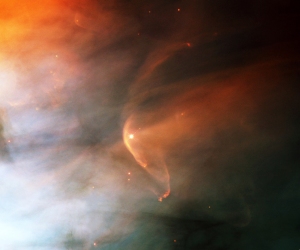 Mostly, I just hope I’ll be a more productive in 2015 than I was in 2014. I did take on a lot last year, and I didn’t manage to finish all that much of it to my intended schedule, but it also felt like I wasted a lot of time. I’d like to better manage my time this year. So, of course, with that in mind, I’ve decided to take on even more than I did in 2014… And, hopefully, that may soon require a small announcement about something. So keep checking back.