Perhaps, at a time when it’s easy to turn to things that comfort, we should be looking outside our comfort zone. They say the sales of “bucket list” books are up. So… for films, turn off that Hollywood blockbuster. For TV, put down from that box-set you’ve binged on half a dozen times before already. Try something new.

The following films are not new to me, and one or two may not be new to many people. They are, as of the end of March 2020, my ten favourite films. (The list changes often, but this is what is is now.) The movies appeal to me for a number of different reasons, but the one thing they all have in common is that I can watch them – and have watched them – many times. I love every frame of them, in some cases with a passion that borders on mania. Those that are adapted from books, I have hunted down copies of the books and read them. Those that have been novelised, I have read the novelisation. Neither diminished the appeal of the films.

All That Heaven Allows, Douglas Sirk (1955, USA). This one should come as no surprise to people who know me. A 1950s melodrama by a master of the form, starring Jane Wyman and Rock Hudson, and based on a novel by mother and son Edna and Harry Lee. The film looks absolutely gorgeous from start to finish, but is also a razor-sharp skewering of US social classes. 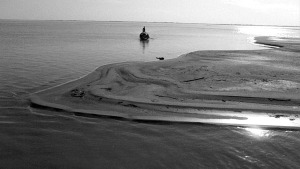 A River Called Titas, Ritwik Ghatak (1973, India). Based on a novel, which is actually more of a collection, by Adwaita Mallabarman, which documents the lives of the villagers who live on the banks of the titular river, and its tributaries, and from which background Mallabarman came. Ghatak was a singular talent and made a handful of remarkable films, but this one is world-class, a harrowing tale about a man who loses his wife, as well as a perfect ethnographic documentary of a lost way of life.

Playtime, Jacques Tati (1967, France). The amount of money spent on this is legendary – the set was so large it was dubbed “Tativille”. But every centime spent is visible there on-screen. The humour is pure Tati, although perhaps less inventive than in other films, but the commitment to the world Tati built for the movie is astonishing.

Lucía, Humberto Solás (1968, Cuba). Cuba has one of the great forgotten cinemas. It has produced a number of world-class movies for more than half a century, and among those films Solás is a name to be reckoned. Lucía, like many Cuban films, is an exploration of the country’s history, through the lives of three women living in three different periods. It is its treatment of its material that is especially impressive. But watch more Cuban cinema, it is excellent. 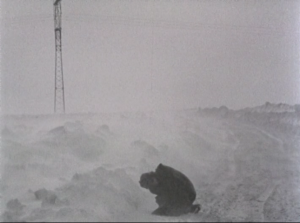 The Second Circle, Aleksandr Sokurov (1990, Russia). If I have a favourite director, which I do, it is Aleksandr Sokurov. He makes both documentaries and narrative films, and the rigour of his work is astonishing. He is also not afraid to experiment with cinematic techniques, and many of his films use the presentation of the story as commentary on the story. I would be hard-pressed to pick a favourite Sokurov film, but the simplicity of this one has always appealed to me.

Red Desert, Michelangelo Antonioni (1964, Italy). I’m a big fan of Antonioni’s films post-L’Avventura and his new approach to cinema. But it is only in Red Desert that it really comes into its own. This is motion picture as art. It’s too long to be a video installation, but my love of this film is one of the reasons I love video installations. It is not just a new form ofe cinematic narrative, it is a new cinematic narrative language.

Alien, Ridley Scott (1979, UK). I was too young to see this film in the cinema when it was released, but I had already fallen in love with it because of its production design. And I still love it for that reason. It also has one of the most basic plots on the planet, and manages to present it flawlessly. If it has faults, they are a result of the state of the cinematic art in 1979. Alien kept its story simple and succeeded precisely because of that. None of its sequels have matched it.

Dunkirk, Christopher Nolan (2017, UK). I’m not a huge fan of Nolan’s films. Interstellar struck me as two movies badly welded together, neither of which made much sense. Inception felt like it thought it was cleverer than it actually was. So when I first watched Dunkirk, I was surprised by how much it appealed to me. It’s totally immersive, and yet entirely plotless. It’s far too emotional to be a documentary, yet it has a documentary’s authenticity.

Girls Lost, Alexandre-Therese Keining (2015, Sweden). As mentioned earlier, this list has changed many times over the years, and Dunkirk and these last two films are all recent additions, watched for the first time in 2018. In Girls Lost – Pojkarna, The Boys, in Swedish – three teenage girls who are being bullied at school drink a potion and turn temporarily into boys of the same age. There are numerous Disney films with a similar precis, but Girls Lost certainly does not play its conceit for laughs. Despite that precis, its story feels completely believable.

War and Peace, parts 1 to 4, Sergei Bondarchuk (1966, USSR). There is no good version of these four films in existence, despite its stature, its technical accomplishments, its expense, its sheer sweep and grandeur. The original 70 mm prints were left to rot, and only a 35 mm print, filmed in parallel and adapted for television broadcast, survives. Which makes watching it an odd experience, due to weird flips between dubbing and subtitling, not to mention French and German not being translated at all. But the film series truly is epic and deserves all its accolades. There is supposedly a fully-restored version from a recently-found print released by Criterion, but the only one currently available from them is a previous version.